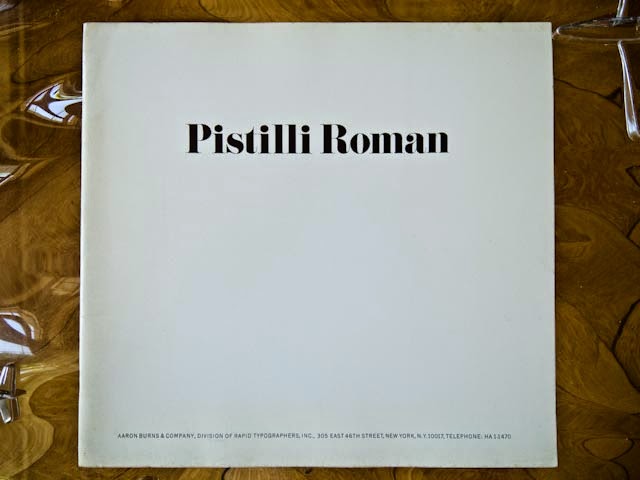 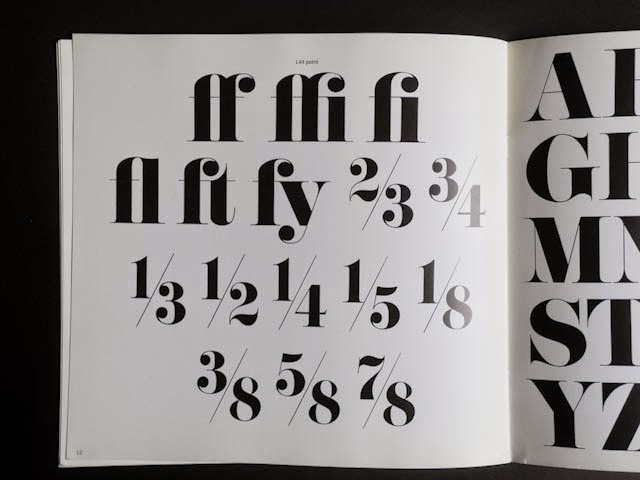 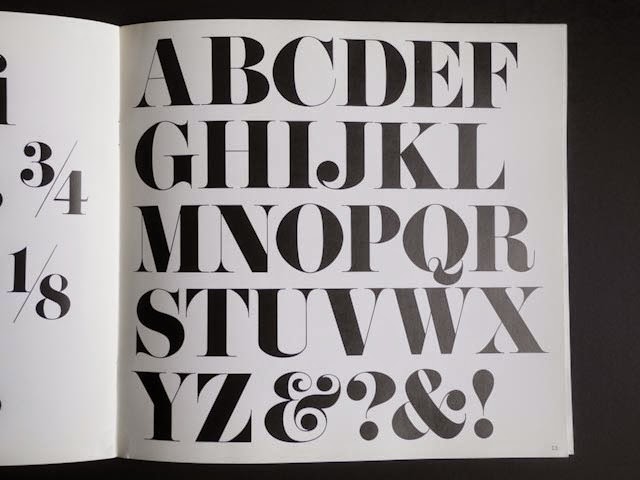 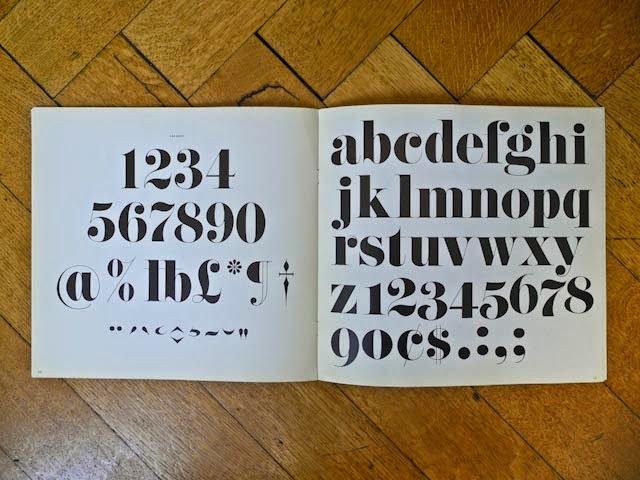 Published by Aaron Burns & Co., Inc. (1965). This booklet announced the release of Pistilli Roman. According to this booklet, an italic, a light and light italic versions had to be released but never did. Pistilli Roman is to me one of the most elegant and unique Didot ever made. Just like ITC Didi and many others, Pistilli Roman is one of these beautiful pre-digital typefaces that were overlooked and never been digitized profesionally.


There's a note at the beginning of the booklet that reads :

How to Specify Pistilli Roman :
Pistilli Roman has been designed especially for photographic typesetting and is intended primarily as a display type face. It is available on film in sizes 36 pt., 72 pt. and 96 pt., and each size can be enlarged up to 100% (i.e., 72 pt. to 144 pt. ) or reduced 50% (i. e., 96 pt. to 48 pt.) It is not recommended for use below 24 point. To specify Pistilli Roman, it is necessary first to specify the point size or the desired height of the capital letter and, secondly, to indicate the spacing between letters. "Normal" spacing on the Typositor is equivalent to most metal typesetting with the exception that the Typositor has none of the restrictions and confinements of fine spacing that metal type has. If close letterspacing is desired, specify "tight" spacing; for very close spacing specify "very tight" spacing. Proofs are delivered either as 2-inch-high galley strips or in larger proof form with all type made up completely in position as per your layout or instructions. Normally, only one proof is delivered to you when ordering Typositor Typography. Since there are no negatives in normal Typositor Typography (the original is already in positive form, black type on white paper), file copy proofs only are maintained by our company. If more than one set of galley strips is required, additional prints can be delivered together with the original. Enclosed is a current price chart for your convenience. We shall be happy to estimate on any job and to discuss with you any problem you may have.


…And a small biography of the designer on the last page :

JOHN PISTILLI is head of lettering design at Sudler & Hennessey, Inc., where he has been employed since I949. Born December 4, 1925, he attended public schools in Astoria and Long Island City, N.Y. He graduated from the Jean Morgan School of Art in New York City, where he studied lettering under J. Albert Cavanaugh. He has also completed art courses at the City College of New York and during World War II served in the U .S. Navy. Mr. Pistilli has received numerous awards from the Art Directors Club of New York and New Jersey, Type Directors Club of New York and the American Institute of Graphic Arts. He resides in Malverne, N.Y. with his wife, Dorothy, and their son, John Jr.

is rare typography, art, design, books… everything from my paper stack. Have a look at my Flickr, too.